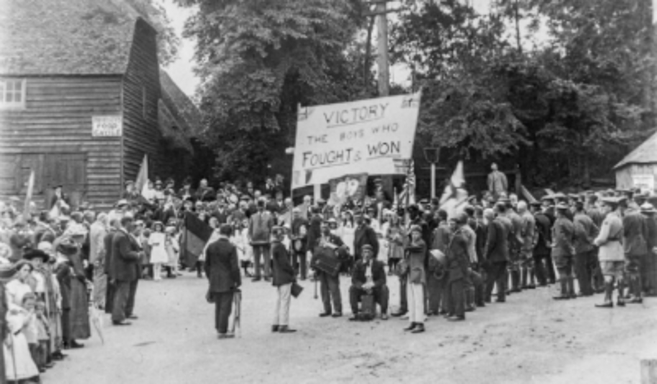 admin
To commemorate the 100th anniversary of the Armistice on 11th November 1918, which marked the end of the First World War, we have assembled a small sample of the photographic and other memorabilia collected by the local Wilkerson family.  The images were scanned from the originals and processed to improve contrast by Peter McPartland.  They are reproduced here with the kind permission of Mr Geoffrey Wilkerson.
1.     The ‘Victory’ celebrations in 1919 - before the Barley War Memorial was constructed.

2.     The unveiling of Barley War Memorial in 1919.  The ceremony was led by Mr Douglas Crossman, with the Rev. John Frome Wilkinson. 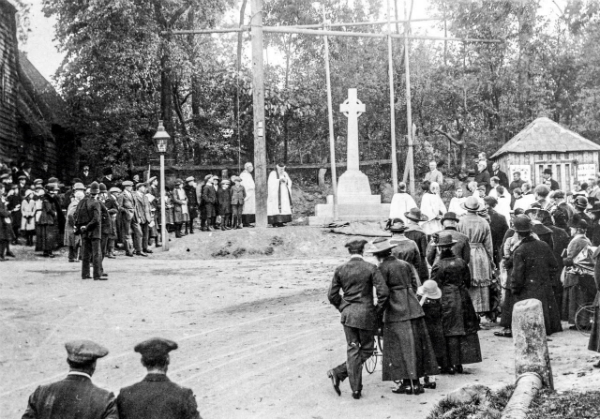 3.     Another view of the War Memorial unveiling ceremony. 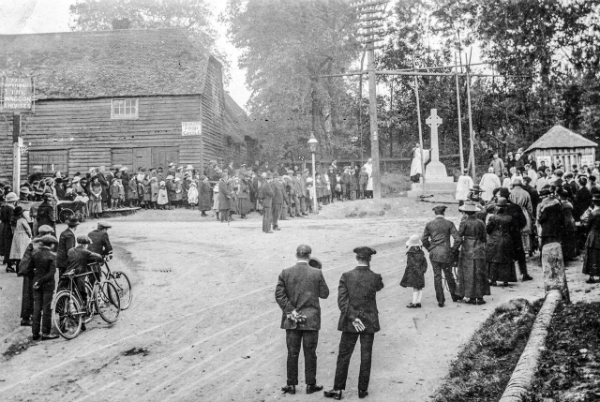 4.     Wounded soldiers from a hospital at Royston being entertained in the Manor garden at Barley (1914-18). 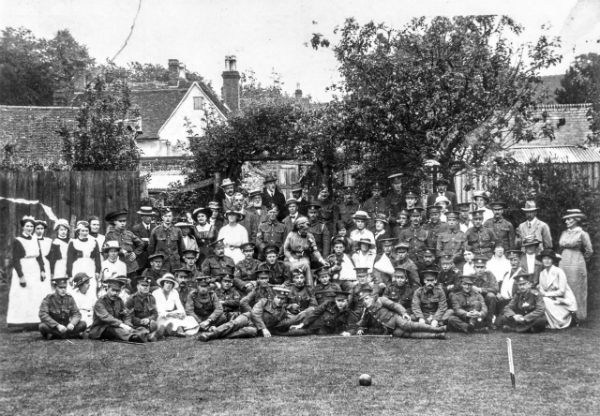 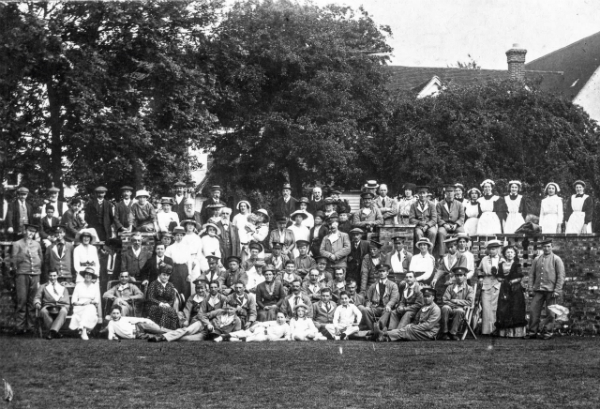 7. A fund-raising collection, believed to be on behalf of the Red Cross for the nursing of wounded troops, being led by Miss M. Boucher (1914-18). 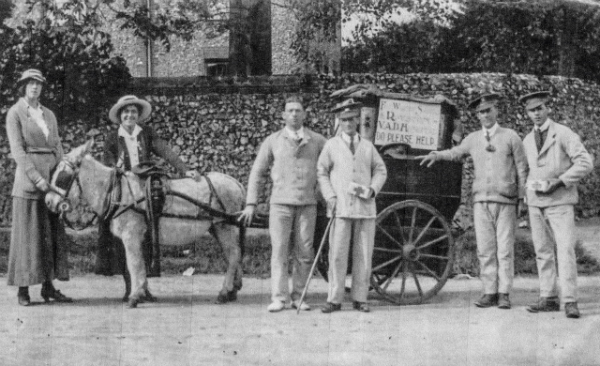 8.     The “Likely Lads”, a group of local young men, taken by a photographer named Bishop, outside the Chequers, Barley in about 1919. 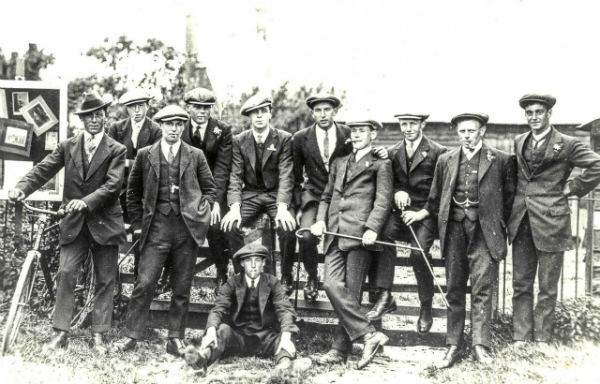 9.     This letter, dated 10th November 1915, was written by W. Roberts, while on active service, to Miss Dorothy Wilkerson of the Hall, Barley.  The letter was posted from ‘Field Post Office 2’ (location not known). 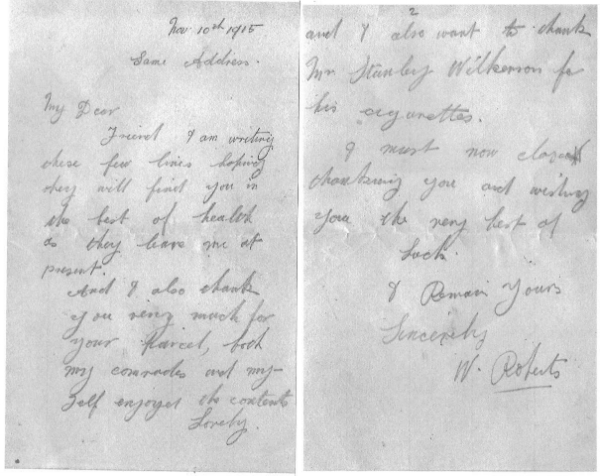 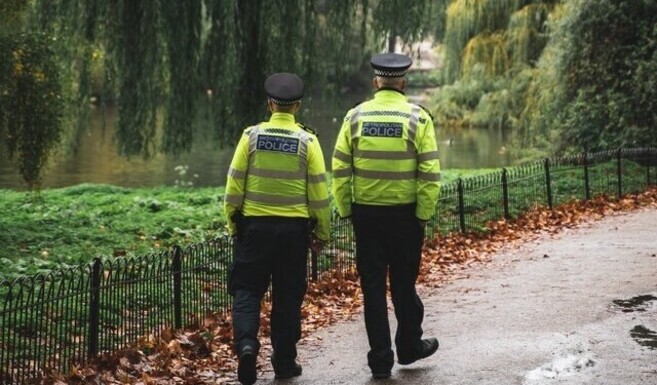 In June's issue of the Royston Rural Watch newsletter from Herfordshire pollice, dog owners are warned to take care following an increase in reports of people being intimiated by dogs, the latest on distraction mobile phone thefts and an update to the forces working practices during the covid-19 pandemic. 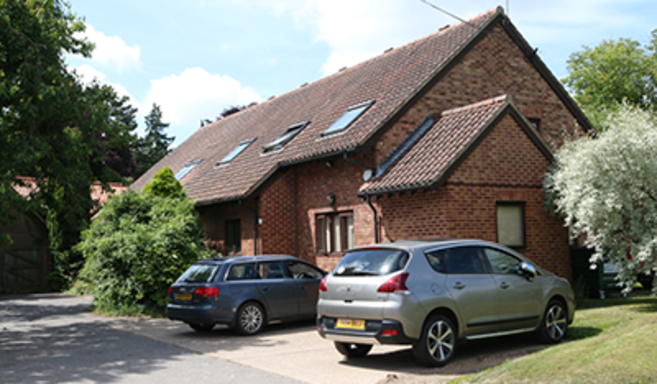 We remain open and continue to work hard to keep our patients as safe as possible, along with our staff and our community by managing medical care remotely. This way of working has proved very successful and is reflected in the very low number of covid-related illnesses in our area.

Patient access to any Granta site continues to be by invitation only, following a prior telephone assessment and only when the clinician assesses that the balance of risk and need justifies a face-to-face interaction.

We are working hard behind the scenes to see how we can start to safely reintroduce various services and we will keep you updated via our website and social media.

We are very pleased to announce the appointment of Tim Harrison as our new Chief Executive Officer.

Having previously worked in the John Lewis Partnership for over 23 years, Tim is committed to taking Granta forward, shaping the “new normal” of primary care, and embracing the concept of a Primary Care Network.

Tim’s vision is clear, “Granta Medical Practices are trail blazers in primary care services and I have been really impressed with their mix of professionalism and patient-centred care. Their response to the recent coronavirus pandemic has been exceptional and their commitment to the safety of their patients, their staff and their community is of paramount importance.

GP Managing Partner, Dr James Morrow, said “We are very pleased to welcome Tim to our team. More so than ever, primary care faces challenging times, and with Tim’s expertise I know we will continue to adapt and develop, whilst taking full responsibility for working with our patients to promote health when they are well and to deliver the care needed when they fall ill.”